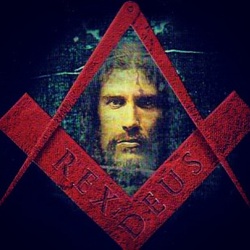 The History of the Dragon Peoples, and the Imperial and Royal Dragon Court and Order begins with the Grand Assembly of the Anunnaki in Sumeria. After many intercenine wars amongst two of their [Anunnaki] Noble Princes Enki and Enlil, the followers of Enlil won, and he restructured the Court in terms that most Judeo-Christians can understand [The Court of the Elohim] where Enlil took the Anu-ship, labeled himself as the Only God (El Elyon, El Shaddai, YHVH) and all his kin as "angels" or messengers of his will.

Legend has it that the Anunnaki were some sort of Alien species, and in a way, they can be labeled as such, for they are quite different from their hybridized offspring, the Adamu, the Race of Atabba. But instead of merely thinking they were extraterrestrial entities, it might be more correct to place them as having their origins in another dimension of existence, beyond the pale of what modern man can physically experience. It is known that many species on the planet can 'see' into other realms, cats, dogs, sharks can see the auric field of its prey, the flies sense of time is infinitely shorter than man. So instead of viewing the Anunnaki as Greys, or Arcturan, or anything resembling the beliefs of crack-pop Conspiracy Theorist David Icke, it might be more scientifically sound to ascribe them as slightly phased-out of this 3-Dimensional reality, and grant that it might be possible that while physically inhabiting the Earth as modern man does, they could "see" into greater dimensional realities.

WE ARE NOT ALIEN REPTILIAN SHAPE-SHIFTERS HERE TO DESTROY MANKING.