What IS the Royal Dragon Court (R.D.C.)?

The Royal Dragon Court is a closed fraternity, a collective of individuals, comprising those who can trace their ancestry and affiliations back to the ancient, pre-Christian Elven, Grail and Dragon families, including, but not limited to the Imperial and Royal Houses of Anjou. The Inner Court of this branch of this Sacred Bloodline is presided over by the Royal House of Don in Exile.

This Court does not claim that it is the only organization that seeks to perpetuate the Ancient Mysteries and Nascence of the Dragon/Grail Families, but is merely a small congregation of those of the Blood, seeking to "reclaim Our Traditions, Our Nations, and Our Homelands".

The recorded Dragon lineage originates with the Annunaki and descends through the proto-Scythians, through the pre-flood Sumerian kings of Transylvania and Carpathia (in one branch), and via Mesopotamia, to the early Dynasties of the Egyptian pharaohs on the other hand.

From the Pharaohs, through the Phoenicians and the Scythian Mittani, and back through the later Scythians in marital alliance this Bloodline devolves to the fairy Tuatha de Danaan (Tuadhe d'Anu) and the Fir Bolg, and down through their archdruidic, priest-princely families to the Royal Picts of Scotland and the Kings of Dal Riada. From thence, through various alliances, it descends to the Elven dynasty of Pendragon  and Avalon del Acqs, and down to a few pure bred Dragon families today.
These families have been called the 'Nephilim' in the Bible, the 'Watchers' of the Book of Enoch, they were the gods of various ancient cultures. The true source of divine right kingship is said, to dwell within the ancient Dragon blood.

There exists, within the Blood, an archetype which is the conduit of memories of wisdom and experience of all Dragons whom have come before. The word "dragon" is derived from the Greek 'edrakon,' which is an aorist (or tenseless verb) of the word "Derkesthai," which means, "TO SEE CLEARLY". The Dragon is the inherited Dragon archetype and that archetype is the conduit of clear sight through which racial knowledge flows. Clear sight also and principally refers to transcendent consciousness.

Roughly, only ten percent of Europeans could claim to have "Dragon Blood", and stem from families whose physical attributes clearly point to a genetic inheritance many thousands of years old. 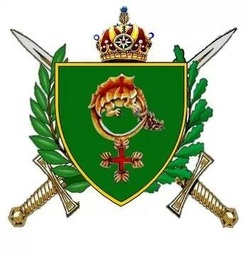 In HRH Prince Nicholas de Vere von Drakenberg's book, "The Dragon Legacy", he states several reasons why there could not be billions of the "Fairy Blood" today, including:

"1. The genuine old royal families rarely outbred at all, whilst the later fake parvenu, tinker nobility with whom people now confuse them often d;

2. Most of the Scythian, Royal-Druidic, Fairy population in Britain and Europe was wiped out by the Romans in the Battles at Mona and at other Druidic sites;

3. The Celts (and what was left of the Scythian Fairy Families who served as their lords and protectors) were decimated by bubonic plague, starvation and the Saxon invasions in the 6th century. Following this, in Britain and continental Eurasia, the Church and the rats spent another 300 - 400 years, during the medieval and Reformation periods, dispatching the survivors of the previous epidemics, famines, wars, or persecutions.

4. That the Aryan Scythian Overlords - the Fairy High Kings and Queens - maintained a caste system that, although eventually became corrupt and overrun by the warrior caste, was arguably still in place (as the European Class System) until the Second World War. Even up to the First World War the manorial restrictions on the movements of rural laborers, other than during holidays, were still enforced and thus unhindered mobility, either geographically or within the class system itself, was extremely rare." (de Vere, 2004, p. )

Because many of the Dragon Families did have offspring whom did interbreed with mankind, to different levels or degrees, many individuals can prove to have many 'gateway ancestors' or relatives in the past whom were of the Dragon Bloodline, but may not have attempted to keep the Bloodline pure, Nicholas de Vere states in The Dragon Cede,  "because of this genetic inheritance, to a greater or lesser extent, all of us have experienced a spiritual component in our lives, as have many Veres through the generations, and I for one have been a party to profound psychological states and spiritual transformations throughout my life, and all this without the mind-numbing, soul destroying influence of religion or the misinformed, ignorant mutterings of some malignant, grubby little priesthood. It is my belief that this is a fundamental genetic component of our Dragon Legacy and therefore, as children of the Gods and the scions of the priest-kings of our forebears, the Veres [and all Dragons] today are their own priests and the well-spring, the fons et origio of the very concept of divinity and of spiritual truths whose nascence emerged long before primitive human history was first recorded" (de Vere, 2011, p. 38).